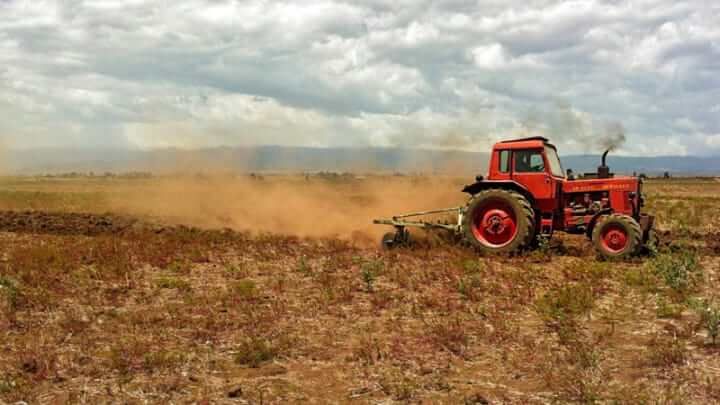 In his history of our current era, “The Information,” James Gleick outlines the case for information to exist as a physical quantity, on equal footing with mass and energy as fundamental, measureable units that define the state of all existence. The idea goes back to 1948 and pits the tangible against the conceptual, with Gleick arguing that the latter discovery has made a far more greater impact on civilization.

This conceptual divide between matter and idea resonates particularly strongly in agricultural development, where there has long been a pull toward physical things as a means of empowering food production and economic growth. We look at roads, tractors, seeds, fertilizer, refrigerators, and other “last mile” problems. Some still have faith that better, smarter things can achieve breakthroughs that all those other things have failed to deliver.

I want to make the case for the opposite: that information is more fundamental to improving agricultural development than further advances in physical technology. There are major efforts underway to use digital development in initiatives such as Feed the Future and Securing Water for Food. There is a subtext to these efforts: we’re talking about sensors, phones, and solar water pumps — things that have the potential to make the breakthrough that empowers people to gain a toehold in the modern economy.

Why is information so vital? It helps to take a step back and see the landscape from afar. The future will be warmer, nearly everywhere. There is very close agreement among climate models for how temperature itself will change in the future. There is considerable uncertainty in how the water cycle will shift to accommodate these changes. We don’t know which crops will be affected most or least, whether corn yields in Africa will drop by 10 percent or 80 percent. In fact, we know exceptionally little about how corn responds to temperature.

That desert of data makes it all but impossible for the agricultural value chain to work: for breeders to select varieties that can tolerate heat and drought shocks that may unfold in a season; for agronomists to make recommendations about what seeds might work best; for seed and fertilizer makers to distribute raw materials where they can be used; for insurers to underwrite the risk of a major drought; for processors to know how much crop might be expected so they can make contracts for sale. Ultimately, the concerted action of all these players is what can deliver economic success to smallholders, fill nutritional needs, and serve as the foundation of peace and prosperity.

Finding the right data and contextualizing it to be useful is a challenge, and there are some thoughtful and innovative organizations out there getting it right. In the past few years, One Acre Fund has successfully implemented large-scale farm advising programs across East Africa, helping smallholders increase their investments in arable land, scale their businesses, and increase their yields. African Risk Capacity, a collaboration between the African governments and the World Food Program, hedges risk by offering national disaster risk insurance policies based on third-party satellite data, helping entire countries access capital in the aftermath of climate-related disasters to fund logistics and supply pre-positioning. Blue Marble Microinsurance, a consortium of leading insurance companies, designs insurance policies for smallholder and broad acre farmer specifically accounting for local microclimates.

All of these initiatives face serious hurdles to replicating their success and expanding their reach without the data they need to do their work.

Agriculture relies on making distinctions. Problems and solutions are crop and climate specific. Precision agriculture takes this to its logical limit, making every meter or even every plant count. But for nearly 90 percent of earth’s cultivated lands, we’d be getting somewhere if we had even one data point per county. We need to reorient our priorities for digital development by accepting that data is a fundamental infrastructure that unlocks value for everyone affected by the agricultural economy — and that is all of us.