Arable Labs caught up with hops producer Patrick Smith, owner of B.T. Loftus Ranches in Yakima, WA, to get his take on how data informs growth and business decisions. 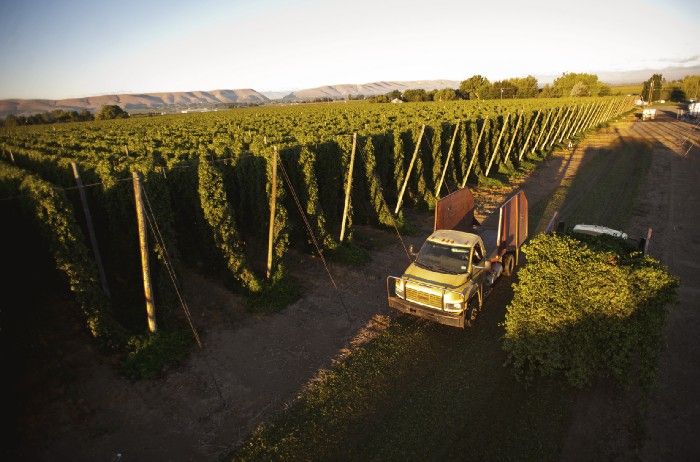 Arable Labs: Hi, Patrick. You’re a fourth-generation hops farmer at 85 year-old B.T. Loftus Ranches in Yakima, WA. In that time, you’ve grown from nine acres to 1,100 acres. Tell us a little bit about how you incorporate technology into your operation. What do you look for when you decide what new tech to pursue?

Patrick Smith: We’ve accelerated our use of technology in the last handful of years. It’s really about scaling operations. Before, you couldn’t check the status of irrigation without physically walking over to the field. The cost of technology has come down, allowing us to deploy more of it, and execute at scale.

Right now, we need to understand two main things: What are the key drivers for our crop? And, how much of that is explained by what we can measure? We’ve started using more principles of data science to help sift through the hundreds of thousands of inputs that contribute to outputs. Typical factories will have control over those inputs. It’s different for us in agriculture. To get a bale of hops, we need certain inputs, but we can’t control all of them. We don’t yet understand all the possible impacts; for example, we don’t even know all the microbial species living in our soils and the varying levels of impacts that they will have on hops production.

Even if we can’t predict the weather 60 days out, we can start to look at it more systematically, isolating different years as x, y, and z, and understand how specific variables correlate to yield and other attributes of quality. We only get one cycle a year — unlike a factory! — so there is a significant time gap between learnings that doesn’t always align perfectly with the tech cycle, because of the seasonality.

AL: Over the decades, you’ve had strings of good years and bad years, which affect your harvest and your ability to sell your product. How has technology come to help you in your overall decision-making to quell these fluctuations? What is the cost of ‘getting it wrong?’

PS: We’re getting there, in terms of using the data collected to make decisions. A lot of it is, we don’t know what we don’t know. There are a lot of anecdotes — every farmer has them — ‘We do things because in 1987 this worked!.’ Data allows us to isolate the variables. We want to be populating our data warehouse, predicting pest and disease pressures — which are highly correlated with weather patterns — and we want to build predictive models to switch from being reactive to proactive, anticipating problems.

A good example is powdery mildew, where a bad outbreak can cost growers up to 30 percent of yield. You do the math on a per-acre value of $12,000 times number of acres. Worse, if the damage is significant enough that a lot of the hops get rejected, growers can experience a 50 percent loss, economically speaking.

AL: This additional loss is after all the costs of harvesting and logistics of getting it to the buyers?

PS: Yes. There is great value in knowing and getting out in front of it. Really, with new technology the idea is around incremental improvement.

AL: So if you’re able to use field measurements and data science to predict a strong powdery mildew infestation with more precision than you could in the past, how can you proactively make up for the potential loss you see on the horizon?

PS:There’s not any one thing that is going to influence yields by 30 percent. Think about it: with even single-digit increases in yield, we experience compounded growth in profitability. With new technology, it is about capturing small incremental improvements and cost savings spread over our acreage. If we do better on all tasks in the fields to produce tastier hops and manage our resources, we have a tremendous competitive advantage. Taking the powdery mildew example, if we can build models that predict disease pressure, we can better time our treatments and better protect the crop from infection. It’s a small change, really. We’re just changing the timing of our activities but getting that timing right is potentially the difference between exceptional quality and poor quality.

AL: We’ve had Arable Marks collecting data and providing analytics at your ranches throughout this season. Besides the real-time information on weather and vegetative growth, have you noticed any other patterns across your fields?

PS: We’ve had some interesting data points coming from the Arable Mark. Unfortunately, our region has experienced more wildfires this season, and with that came many days of smoke and haze in the air. With the devices, we now have data points on how the smoke has diminished the solar radiation, both reducing the heat and keeping the hops from experiencing as much water stress. We can see in the data coming from the devices that the smoke also had an insulating effect, keeping the nighttime temperatures up, causing the hops to grow a little more at night. Observing the change in solar radiation has been fascinating and has us exploring whether the effects were positive and, if so, how can we get the same results without having to rely on forest fires to get them — which we obviously don’t want to do. 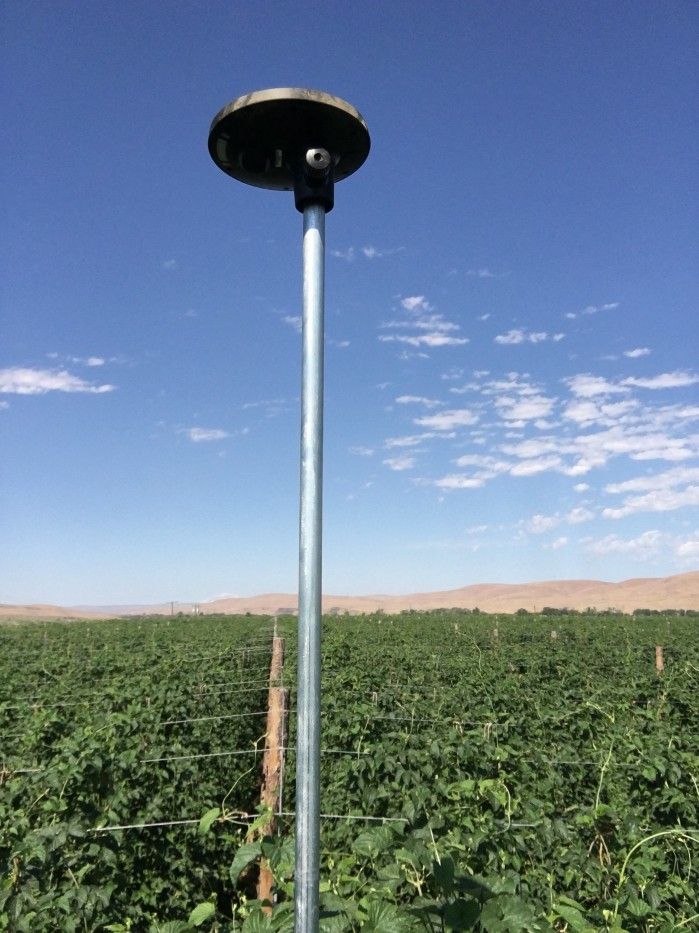 AL: From your perch at the growing end of the industry, can you tell us what we going to be drinking next? What is the gap in time from breeding to commercial production, and how do you decide which forks in the road to take in the meantime?

PS:Typically it takes 7–10 years for a novel hop variety to reach commercialization. The craft brewing industry has driven a proliferation of hops varieties; there is a constant demand for the next new thing in flavors for brewers. It’s kind of a hops-variety Survivor, where we are voting varieties off the island and selecting the few truly exceptional ones. The next blockbuster hop is somewhere in that pipeline. We are selecting for two things: Hops that growers want to grow, and hops that brewers want to brew with. From an agro-economic sense, the selection needs to work for the farmers, but ultimately needs to satisfy their buyers by also having great brewing characteristics. We do a lot of work on this selection with our partners at Select Botanicals Group and Hop Breeding Company.

AL: Did you know how successful the Simcoe® hop would be?

PS: The Simcoe® hop is arguably one of the most successful hop varieties ever, driven largely by the growth of IPAs. It was almost the Myspace of hops; we were a little before its time when we first grew it in 2000 and 2001. We didn’t grow it in 2002, and then we did again in 2003. Simcoe® didn’t achieve broad popularity until about 2007–2008. These days, sour beers are getting a lot of attention, but it is going to be difficult to dethrone the IPA — which now encompasses Northeast, Session, Black, etc. — and has almost surpassed the fad stage. That said, we need to be looking at those changing trends and what beer drinkers are looking for next. IPA is probably here to stay, but what is the next style that will reach mainstream popularity and how can we develop novel hop varieties that help brewers make excellent beers in those styles?

PS: Well, full disclosure, I am biased towards Bale Breaker’s beers — my siblings are the driving force behind the great things happening there. I’d have to recommend their Field 41 Pale Ale, Topcutter IPA and the Leota Mae IPA, named after my great-grandmother who started B.T. Loftus Ranches. She helped manage the farm through her life, even as her husband supplemented the family’s income from the farm with a real estate business. You’ll see a photo of her driving the tractor around on the ranch. You also should try some of the fresh hop beers this season. We use the undried hops to add some extra flavor into beer, but they are only available for a few weeks after harvest. If you’re in the Bay Area, try the Lagunitas Born Yesterday and Sierra Nevada’s Harvest series. 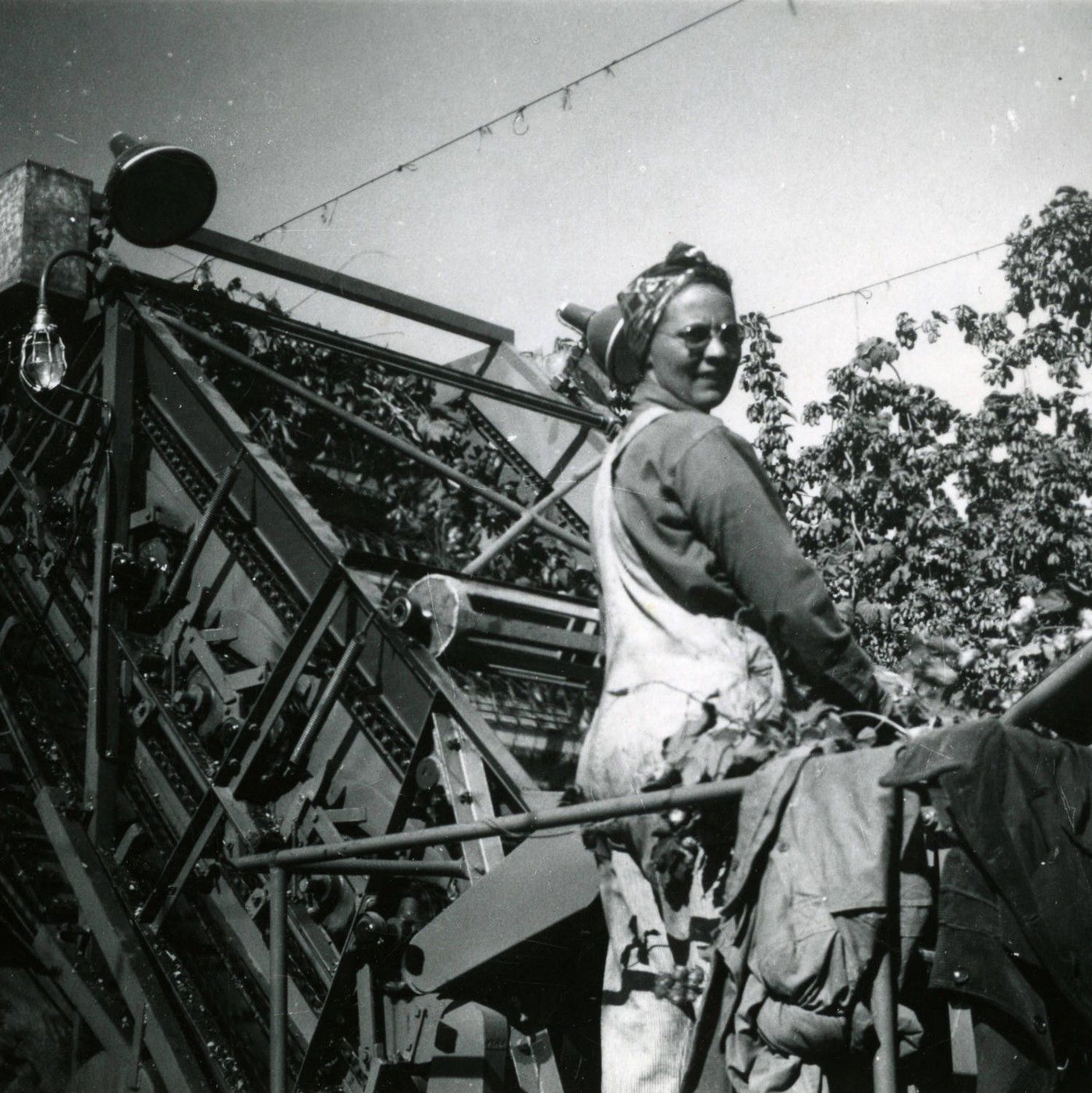