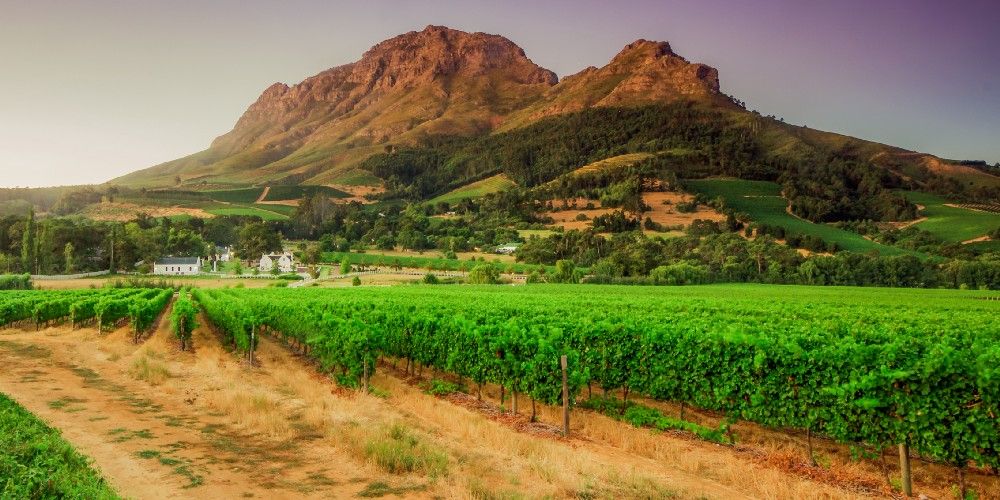 Last month, Arable Labs won the World Bank Ag Risk Innovation Challenge, tasked with building alternative methods of weather monitoring. The challenge declared that “weather data is essential for the development of risk finance mechanisms and other key tools to strengthen the financial resilience of farmers to climatic shocks. This includes measurements of excess rainfall and rainfall deficit, among other variables.” Its stated goal was “to develop alternative ways to measure weather variables” in Southern Africa. As finalists participating in the shark tank round, we were questioned about our proposal to establish a robust weather network in a climate-volatile and underserved part of the world. One of the more provocative questions from the jury was this: “How will smallholder and subsistence farmers pay for the cost of the system?” To get to the heart of the question, let’s examine the context in which it was asked.

The title of the RFP reveals that it is more aligned with the benefit to smallholder and subsistence farmers: risk transfer. Catastrophic weather events (frost, hail, drought, excessive rainfall) occur approximately once every five years. For folks trying to feed their families, and potentially generate small savings for education, these events make routine needs impossible to afford. They also make it impossible to make “profit maximizing decisions” regarding their landholdings. Investing in their businesses or livelihoods is not pragmatic, because they are repeatedly wiped out. Index insurance or drought covers aim to mitigate this risk by triggering payouts when growing conditions are sub-optimal — but this involves knowing conditions are sub-optimal for small-plot size, mixed cropping farms, a resolution finer than what can be achieved from remotely sensed weather data sets.

Further, for parametric insurance programs, many studies have been undertaken by UC Davis, Wharton, NEPAD, IFPRI, Apollo Ag and the World Bank that demonstrate the challenges of implementation. Jeremy Tobacman can cite examples from India, where smallholder farmers only continue to buy into insurance programs if they know someone in their immediate network that has received a payout within three years. Precipitation is highly variable, making drought coverage difficult to track accurately enough using satellite data. The mismatch between events and claims payouts causes program participants to lose trust in the system. Finally, as Vikas Choudhary points out, these programs are predominantly grant funded for a three-year pilot and can never run at an appropriate scale to build a heterogenous risk pool. To run an effective parametric insurance program for smallholder farmers, the index needs to be extremely accurate, highly sensitive to enable incremental payouts, automated to reduce administrative costs, and offered at a very large scale. One of main unquantifiable changes here would be the shift in mindset that is triggered by receiving international handouts, subject to fund availability and alignment with western ideologies, and using a business tool to manage risk.

Another contextual element to answering, “How will subsistence farmers pay?” is to understand the magnitude of the problem. In 2010, high-variant predictions estimated that 79 million people will live in the ten countries comprising Southern Africa by 2050. In 2017, the high-variant projection was raised to 97 million, due to continued high fertility rates. Food systems in the region range from fine wineries, contract farming, smallholder farmers and subsistence farmers managing around 2–5 acres of land. A solid proportion of these farmers fall into the category of most vulnerable because of the reliance on rainfed crop production, highly variable rainfall, recurrent droughts and persistent poverty. Over the next thirty years, IPCC climate models predict that maize-based cropping systems will experience average yield losses of around 18%. The first challenge is the dichotomy between percentage growth in population and the percentage loss of yield for a staple crop. The second challenge is that climate models and population growth are both looking at regional averages. The lack of accurate and reliable weather data makes it nearly impossible to evaluate causes, impacts, and potential solutions — solutions that would respond effectively to problems that are highly localized.

When we look at where economic growth will come from in the future, we would be remiss to ignore countries with the most potential to develop. As Esther Duflo outlines in Good Economics for Hard Times, to the world of policymakers this perspective suggests that a clear focus on the wellbeing of the poorest offers the possibility of transforming millions of lives much more profoundly than if we simply focused on increasing growth from 2% to 2.3% across the board. She aptly points out that these sectors will be empowered to contribute if populations are educated and healthy.

At Arable, we spend a good amount of time discussing the value proposition and business model that would enable our tools to be appropriate on the smallholder scale — and often end up teasing out (1) solving problems in agriculture vs. (2) solving more immediate economic development challenges, and if anyone can really do both at once. For example, when looking at cacao production in West Africa, does it make sense to focus on yield increases for the top performing plantations, or the bottom 50% of the yield curve? From an agricultural perspective, when yield potential is unmet, we see deforestation sprawl rather than the returns we would expect to generate from farming the same area of land. The challenge lies in understanding: do smallholder farmers want to professionalize their smallholdings? Or, if given the right opportunity, would they prefer an alternative livelihood? We see some version of this occurring on a different scale here in California. Migrant workers in Salinas harvesting strawberries move here and raise children, then their children become interested in other industries and field labor cyclically becomes increasingly difficult to find. For many, agriculture is the stepping stone towards having the means to alternative employment opportunities. To assume that smallholder farmers and subsistence farmers in developing nations, living hand to mouth, would cover the cost of a large installation of weather stations on the scale we have in the US grossly misunderstands the problem. And the thing that really hits a nerve with this question is the lurking feeling that there is no resolution.

To really make a difference in smallholder agriculture, we should be advocating for more stable property rights in Southern Africa. When we think about societal development, one example that underscores the complexity of agrarian land reform is the millennium of evolution in Europe, from feudalism to the corvée system and beyond, threaded with violence, conquest, and serfdom. The path shows the centuries of policy changes across multiple states. While it can be argued how much dignity has been restored to farming practices, it does demonstrate how ownership and security leads to higher productivity and investment, especially the ability to use the land as collateral in bank loans. Post-Mugabe Zimbabwe is going through major transitions in land reform, with president President Mnangagwa rolling back ethnic-based land rights and lengthening leases. Even without inserting our values, and recognizing that there are winners and losers in this scenario, it can be observed that stability generates development.

Where does weather data fit in, and how does it create value? Weather forecasting in the US relies on 280,000 ground stations in combination with weather balloons and radar sounding, supported by over $1Bn in federal funding; the idea is that advanced insight into potential weather scenarios is fundamental to business logistics (and national security). In comparison, South Africa has just 164 weather stations. Managing a network of weather stations has historically been a major roadblock, and it is understandable why countries with limited budgets and underfunded infrastructure would not immediately jump at this solution. Often the lack of cellular network coverage creates the need for a team to physically visit each site to record measurements, reboot the system when it is not working, and manually update static files with temperature and precipitation for each day. 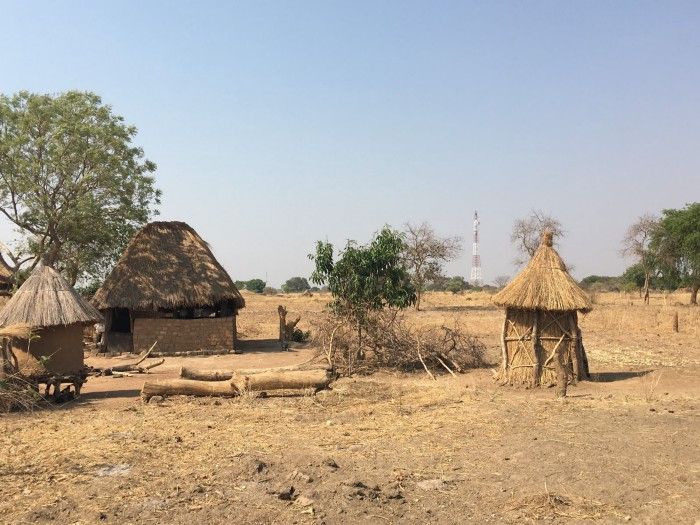 Building well-functioning financial risk transfer mechanisms is important because similar to property rights and ownership, there is fundamental behavior change that occurs between living off the generosity of others and the proper market incentives that spur economic activity and development. In our proposal to the World Bank, we estimated that minimal coverage for the entire region would require 36,000 devices, at an approximate cost of $11.8M/year, or an average of roughly $1M per country. We proposed that the cost be covered between national governments, NGOs and aid organizations, private chemical companies, insurance companies, agribusinesses, private reinsurance companies, research institutions, and logistics companies, all of whom share an interest in accessing and utilizing this data set to catalyze economic growth.

As an example of how data could be used effectively by these entities, in Malawi in 2018, R4 and WFP used precipitation models to trigger parametric insurance to farmers with inadequate rainfall to grow staple crops. According to the announcement:

“Poor rainfall in parts of Africa has triggered the largest insurance pay-out to date for vulnerable farmers under an innovative climate risk management scheme known as the R4 Rural Resilience Initiative (R4). Farmers participating in R4 — launched by the United Nations World Food Programme (WFP) and Oxfam America in 2011 — will receive insurance payments totalling US$ 1.5 million to compensate for weather-related crop losses in Ethiopia, Kenya, Malawi, Senegal and Zambia.”

Similarly, both national governments and chemical input companies have an interest in understanding the efficacy of genetics and crop protection products relative to environments in Southern Africa now, and in the next 30 years, as breeding pipelines require 10–12 years of testing. Getting the right germplasm to perform well within specific microclimates to match challenges for drought tolerance, disease and pest risks specific to sub-Saharan Africa to increase availability of nutrient-dense food produced per hectare should be in everyone’s interest. We have the means to produce this granular data. Now all we need is the will to do so.

Jess Bollinger is VP of Strategic Partnerships at Arable Labs.