A vineyard in Mendoza province, Argentina. Photo by Jess Bollinger.

Last November, Arable participated in Silicon Valley Argentina in Rosario, a forum co-organized with Fundación CEDEF, Chacra Media Group, and Silicon Valley Forum. We’ve been to a number of ag shows in the US, and have never seen anything that compares to the caliber of this event. The best part was its forward-thinking focus on ‘the next generation of ag’: It was more akin to landing at a tech event in San Francisco, and it went beyond just demographics. There was a palpable level of energy and excitement about the future of agriculture. 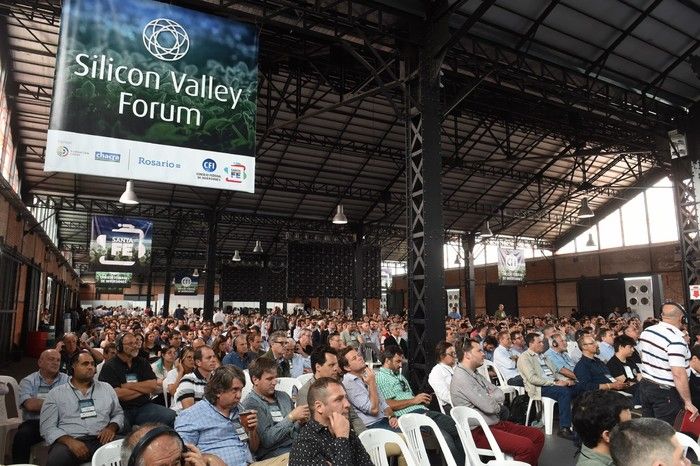 Maybe the most interesting aspect of the forum was that it was held in Rosario, which is about 300km upriver from Buenos Aires in the Santa Fe province, and not in the capital itself. We’re seeing an agtech boom across the whole country, beyond the traditional agricultural decision-making hub of Buenos Aires. In fact, Rosario has many similarities with its sister city here in the American heartland, St. Louis, MO. It’s an exciting transition because this brings us closer to the producers themselves, allowing us to better understand their challenges. This is especially important in light of the economic climate, which has seen a rough couple of years. Last summer, the country experienced a devaluation of currency caused by inflation and Fed interest rate hikes, leading to a $50bn loan from the IMF to manage its debt. For folks holding pesos, their bank accounts declined by half overnight. Access to capital in Argentina is already extremely expensive, as most loans have an interest rate of nearly 60 percent.

Meanwhile, according to people we spoke with in Argentina, agriculture makes up almost 10 percent of the Argentine economy, and is responsible for more than 40 percent of raw material exports; that number jumps up to 64 percent once processed foods are included. Finally, because of changes in the tax code in December, tariffs rose on exports by another ten percent, further cutting into grower margins. All of this is to say, if you’re a farmer looking to buy a new tractor or install irrigation infrastructure, it is going to be expensive. In this challenging landscape, in order to stay competitive, a farmer has to think creatively about her options, and agtech is a big part of the puzzle. 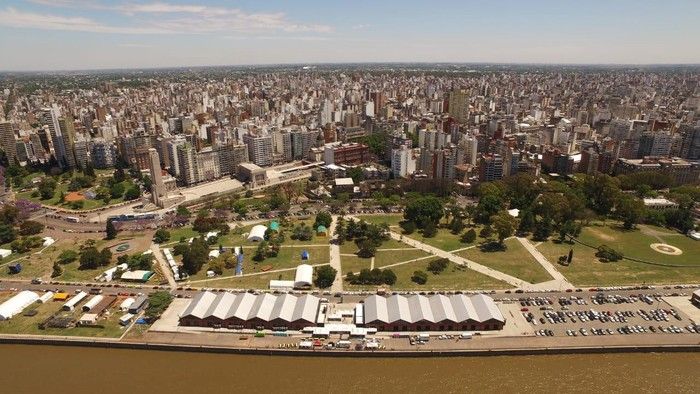 In the foreground are warehouses along the Paraná River in Rosario, where the Silicon Valley Forum was held. Photo courtesy Gonza Arocena.

Considering the importance of agriculture to the Argentine GDP, seeing the growth of agricultural power in Sante Fe, Córdoba, Mendoza, and Entre Rios provinces is a positive change with broad implications for the economy. In 2018, farmers in Córdoba produced more maíz than those in Buenos Aires province, and they are keen to adopt innovative solutions in their field operations. Arable has been fortunate to work with early adopters and partner growers across different regions in Argentina as we work to bring our product to market there. As a startup that provides data and analytics on environmental conditions, climatic factors, and crop physiology using an IoT device, our platform is designed for use across many different crops and geographies. It is critically important for us to understand local context and the real-life challenges growers face. Often, we find that our analytics and insights are best served through a local digital platform, one that uniquely understands the management needs of the growers based on cultural practices and regulatory frameworks. In precision agriculture, it’s one thing to collect data accurately and reliably; it’s another to deliver insights in an actionable format that leads to greater efficiency, productivity and sustainability. This starts at the farm, but if implemented successfully, can stand to improve regional economies, increase stability, and reduce risk at a national, even global level. 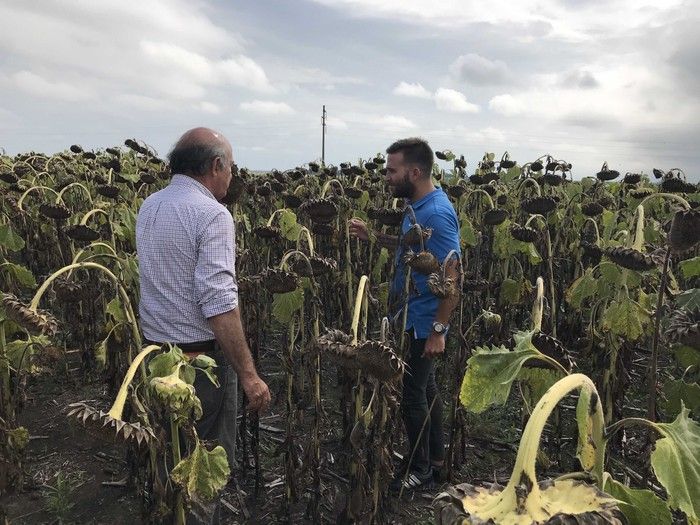 In February, we set out to learn more about the agtech boom in Argentina and to hear feedback from our early adopters. We worked with Gonza Arocena of Grupo Isidoro to meet with companies focused on improving sustainable agriculture and crop productivity through digital solutions. From vineyard managers in Mendoza to irrigation specialists in Mar del Plata and soybean producers in Córdoba — here are the companies and institutions we are most excited about:

RAVIT AGRO SAS: Esteban Tronfi is founder of RAVIT AGRO SAS, an agtech company with a technological knowledge network that seeks field-level data to advance precision ag within the Córdoba region. While controlling for environmental conditions and soil types, they are running a study across 38 sets of 40km square plots to try to understand which management practices might account for the 20% difference in yield outcomes among the top farmers. They have identified 120 agronomic variables that drive yield impact decisions in maize and soy cultivation, using big data to map them out (think Indigo IRP on steroids). At several critical points during the season, they also hold rounds of in-depth farmer interviews to inform their analysis. 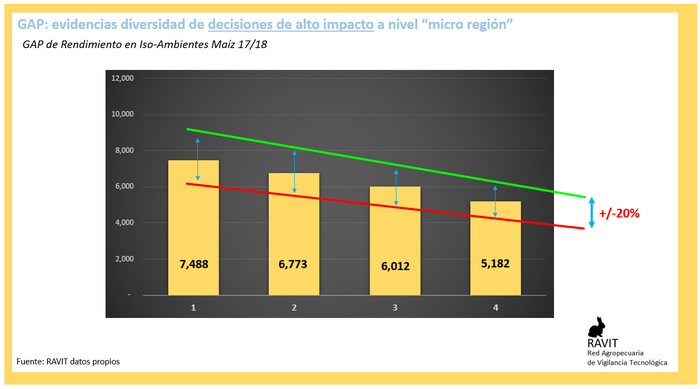 Data from RAVIT showing the yield gap in farmers from the Cordoba region of Argentina. They are running a study using big data to determine the drivers of this gap with the hopes of closing it. Image courtesy RAVIT.

Kilimo AgTech: We are super impressed by Kilimo AgTech. Jairo Trad and team are focused on improving irrigation decisions to conserve water while improving yield and quality. Using satellite, climate and soil data, Kilimo optimizes an irrigation prescription for each crop, improving yields and water use efficiency. Farmers love Kilimo, because it is simple to understand and doesn’t take too much work or time out of their already busy schedules. Every week they receive a text message with an irrigation recommendation for each plot of land. In 2018 alone, Kilimo monitored 148,000 acres and saved 369 billion gallons of water. Trad has been recognized as “Entrepreneur of the Year” by the Argentine President, and the team won “Best Agricultural Innovation” by the governor of Córdoba province. They are continuing to expand into Uruguay, Paraguay, Chile, and the US — and we are eager to to see them grow.

INTA: At the National Agriculture Technology Institute (INTA), we sat down with Dr. Gabriela Posse, Roberto de Ruyver and Valeria Guerra, who together coordinate the Water and Climate Department. The department operates a network of surface stations, satellites and 154 meteorological stations to monitor climate variability and climate change to promote effective adaptation strategies. Their research and synthesis provides growers with detailed information on soil water availability, evaporative demand, and risk alerts around heat spikes and frost events. Their team also uses a network of spore traps that monitor the likelihood of rust incidence and can be used to make grower recommendations around fungicide applications. Across the country, INTA has six research centers, 22 research institutes, and 15 regional centers, with more than 400 experimental stations and extension units. The organization shares alerts and info to tens of thousands of growers each day through their mobile app, e-mail, and Twitter. 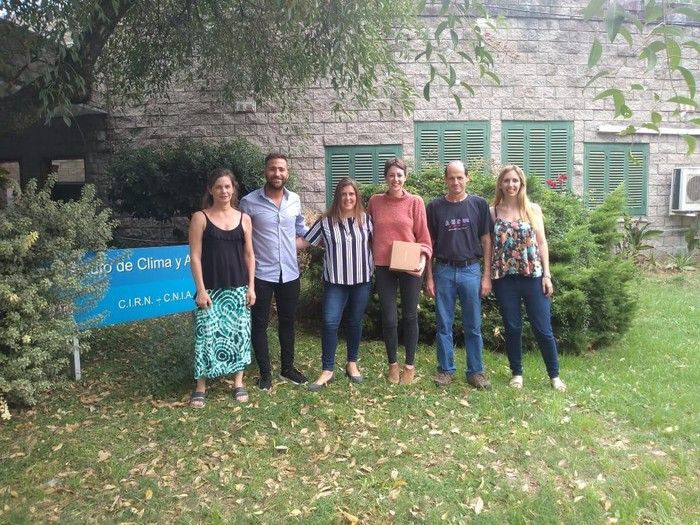 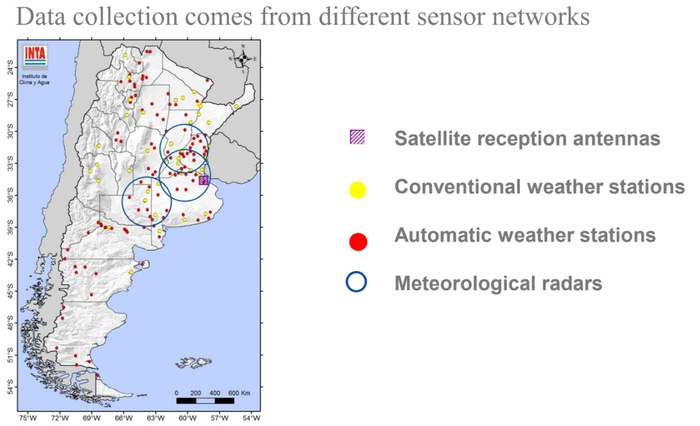 InteliAgro: With InteliAgro, Diego and Gonzalo Verrone set out to build an agrisk and ERP solution for soy, wheat, sunflower and corn growers in Argentina. Their app allows growers to enter in planting information and harvest goals and pulls in data from Chicago Board of Trade and other markets to provide real-time information to guide marketing decisions. Growers receive alerts about price risks, and can track performance relative to business goals, as well benchmark yield performance against other local growers. In the premium model, growers can also monitor futures options and other derivative products that are important tools for hedging marketing risk. Both Diego and Gonzalo see that as a growing opportunity in Argentina. This year, they were selected to participate in the Road to Barcelona accelerator, and have plans to expand their business into Spain and the US.

PONCE: It all started with a potato grower looking for an alert system to know whether his irrigation equipment was on or off. José Robetto, Iñaki Albisu and Mariano Finochietto grew that simple solution into PONCE, an ag-IoT company focused on agriculture irrigation equipment monitoring & failure detection, to dig deep on saving farmers some of their most valuable resources: time, money, and water. Even when things are running smoothly, growers must travel across fields spread over many kilometers to operate their irrigation systems. And when systems inevitably hiccup, growers can expect to add wasted water and pivot engine fuel to the time and gas they’d already spend in the car. With an app, growers get real-time, historic data delivered to them offsite; automatic alerts notify them when something is amiss; and periodic reports streamline decision-making with a bigger-picture overview. The precision irrigation market is vast in Argentina, encompassing seed growers, grain and potato producers, as well as agribusinesses who need data on how their raw material is produced. José is passionate about the role that IoT plays in fulfilling the ever growing global demand for sustainable food production. 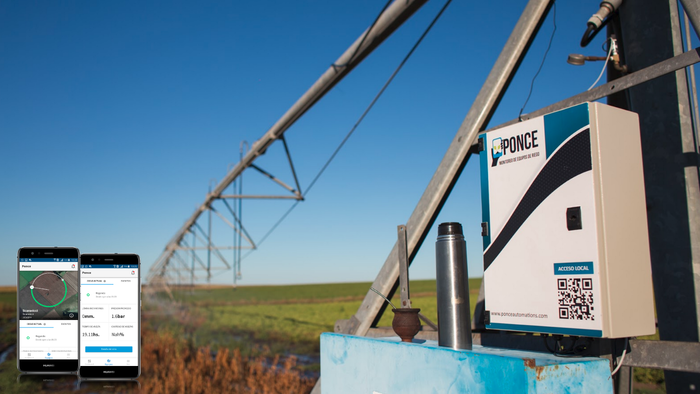 A PONCE device in the field. Photo courtesy José Robetto.

ZoomAgri: Matias Micheloud, Fernando Martinez de Hoz and Jaap Rommelaar founded ZoomAgri in 2017 to revolutionize grain and oilseed quality identification through computer vision, AI, and IoT. The first big problem they took on was malting barley variety recognition. Barley varieties are nearly identical to the human eye, yet behave very differently during the malting process, and must be kept separated to get good results. Conventional methods of differentiation such as electrophoresis and DNA analysis take several days and are expensive to complete. Instead, ZoomAgri used more than 10 million individual images of Argentine barley varieties to train neural networks to identify each kernel individually in less than 5 minutes and at low cost. In 2018, ZoomBarley was born. Next in development are pre- and post-harvest solutions for corn and soybeans. With a mobile app on the way and expansion to Europe already in the works, ZoomAgri will soon have the ability to serve customers at every step in the global agricultural supply chain. 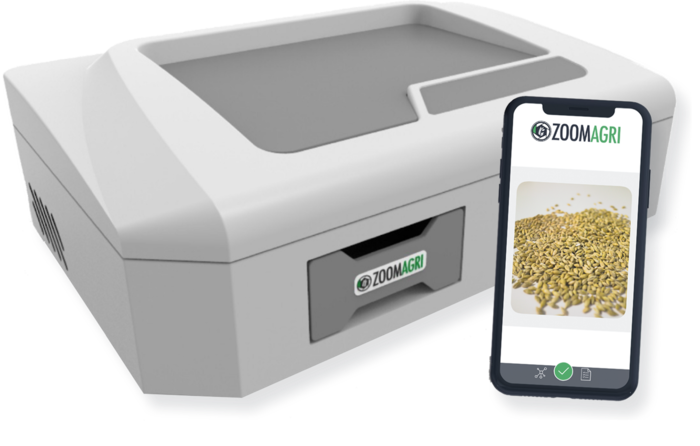 Booster Agro: At several farms, growers pulled out their iPhones to tell me how much they loved using the Booster Agro app. Marcos Alvarado, CEO and co-founder, shared with us why 50,000 growers across South America sign in each day: it works offline. This is critically important in Argentina, as many growing regions lack cellular infrastructure for real-time data. At Arable, we are looking at microsatellite technologies to connect fields for exactly this purpose. Booster Agro aggregates weather forecasts from Windguru, Weather Underground, Yr, The Weather Channel, Meteored, Madrugada and then builds a forecast that is “statistically most relevant” to the grower’s coordinates. The app offers free NDVI imagery and allows farmers to connect their rain gauges to generate precipitation maps.

The agriculture system in Argentina is massive, complex and incredibly diverse. Mariana Stegagnini, President of Fundacion CEDEF, puts it best:

“Argentina farms 150 million hectares to produce close to 150 million tons of grain per year. The country is highly competitive in food production: the growth and professionalization of the farmers, the sustainable intensification through no-till farming (now adopted by 90% of producers), research institutes and technology oriented to agricultural production, INTA and NGOs such as CEDEF Foundation, and farmers’ associations, all play a role in strengthening innovation, improving agro-ecological conditions, and enhancing the amazing diversity that exists in Argentina.”

Solving agricultural challenges starts at the farm level, but requires a collaborative and competitive ecosystem to achieve maximum impact. Investment in high-profile events like Silicon Valley Argentina in places like Rosario signal a monumental shift in decision-making power from the capital out to the provinces. Arable is beyond enthusiastic about agtech in Argentina, and its potential to improve agricultural, and ultimately, economic outcomes in the country. It is increasingly evident that rural Argentinian farmers are the keystone to a healthy economy, aided in no small part by their pioneering adoption of agtech. 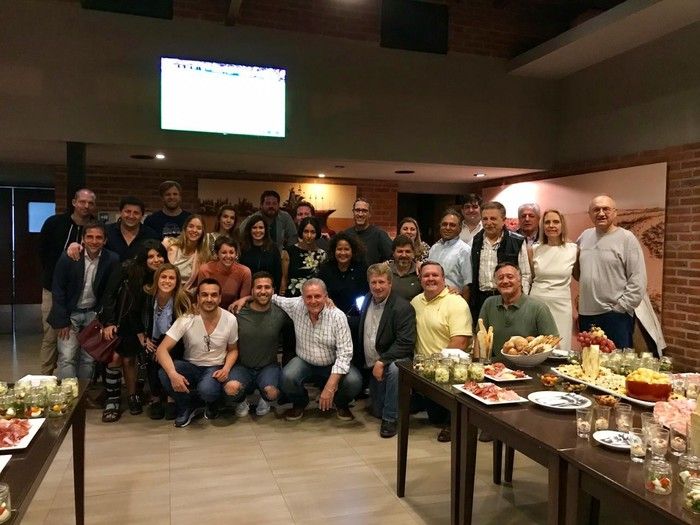