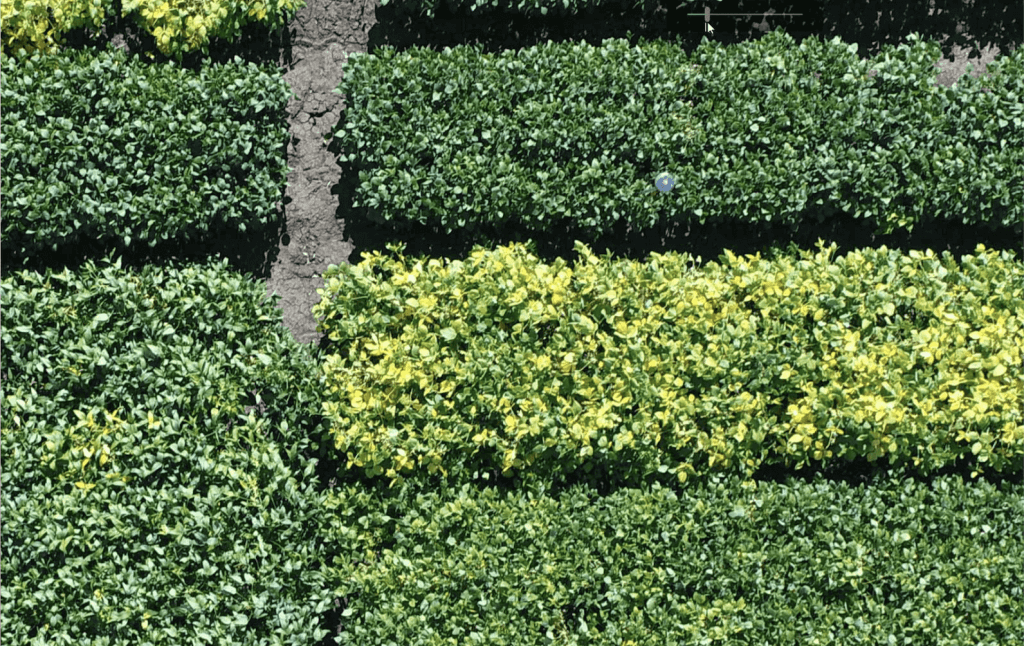 One of my formative life experiences that led to Arable is working in cooperative extension in college, at UC Davis. This was a time when the university still had orientation around commodity groups with departments like “agronomy” and “vegetable crops,” and the farm advisors were as gods to me. I had such thirst for the superpower to step onto a piece of land, appraise what was happening and recommend a course of action. These were generalists, usually grew up on farms themselves, and besides knowing how to hold a conversation on a cross-county truck ride, they knew about bugs and soils and seeds and nutrient deficiencies and mechanical failures and could tell you what to do about them. 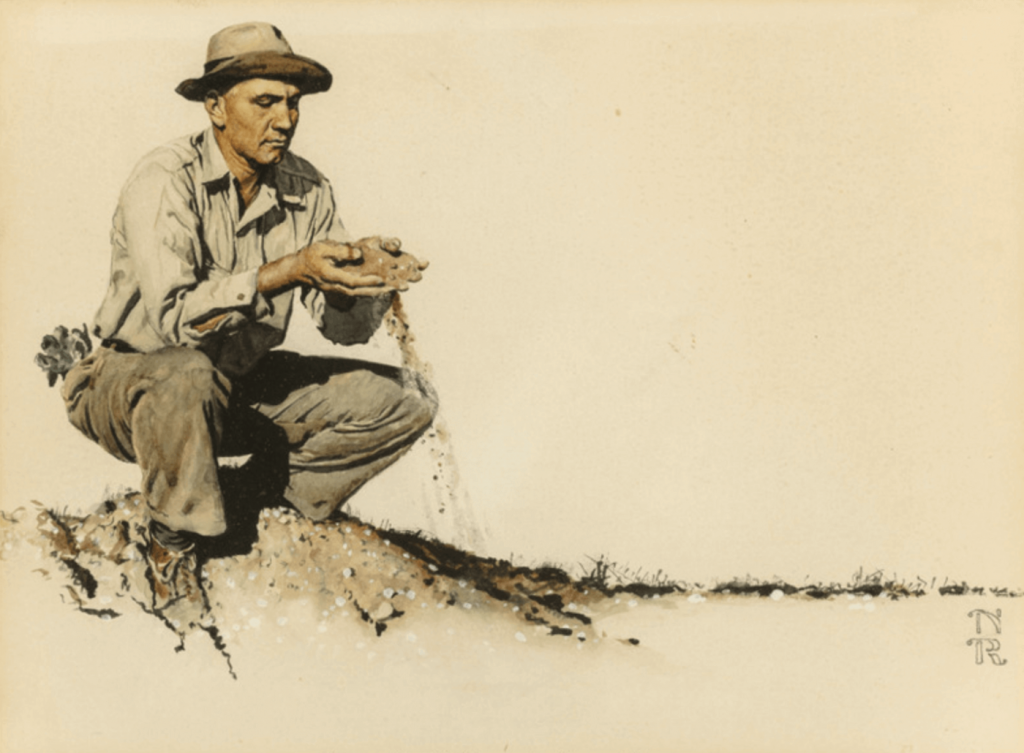 I still love cooperative extension — and some of my closest colleagues have extension appointments at their universities — but when I started Arable four years ago, I had begun to see its limitations. I began re-imagining the research and extension endeavor less as a patronizing handoff of findings from beknighted scientists to their constituency than as a user-centered process that addresses roadblocks to implementing technology and new practices at its very center. I call this “Translational Agriculture.”

Translational Medicine was developed as a discipline about a decade ago, to address two large roadblocks to success in translating laboratory research into clinical practice. The first roadblock was in scaling up promising research into field trials, the second roadblock was in turning a proven technique into standard practice. The roadblocks exist in some sense because “more is different” — the variation that is present in field trials is absent in the lab — and limit the benefits in practical terms to just a narrow population. In addition, success in a field setting may not address any of the essential questions for operationalizing the practice, which demands some behavioral change, no matter how small. So how can we translate agronomic research into agricultural practice? 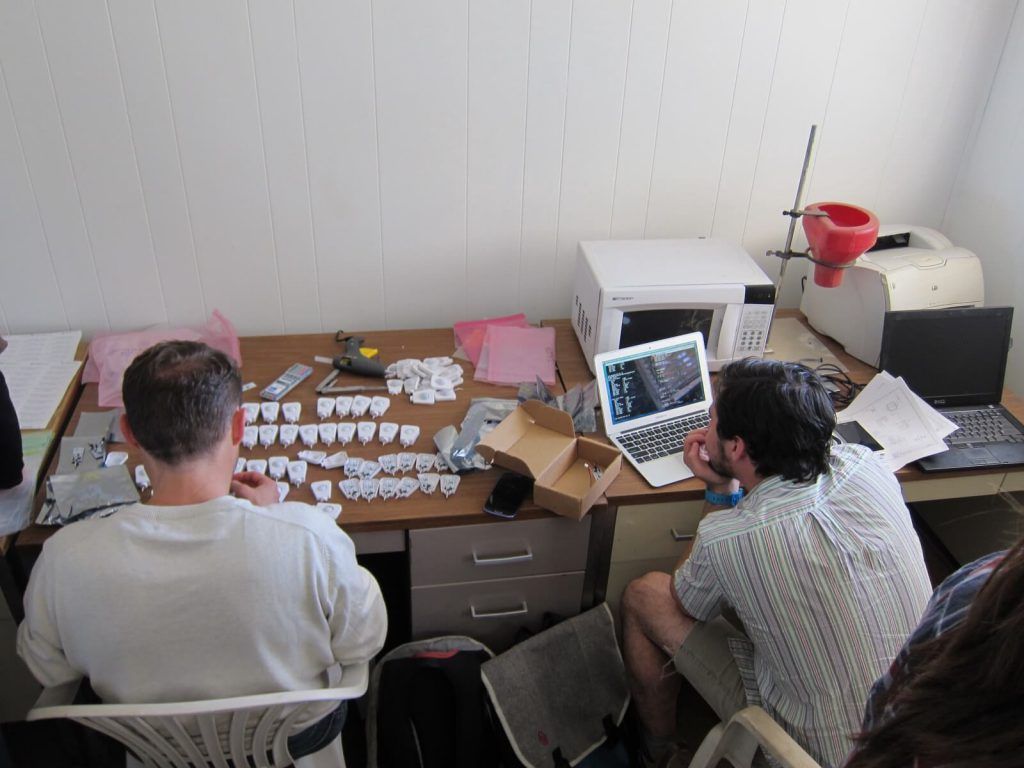 One of the most profound conversations I had when founding Arable was with an irrigation advisor who was close to retirement. He looked back on his career, which he judged a failure, because his mandate was to introduce water-saving technologies and practices to the farms in his county, and after 35 years the level of adoption was all but non-existent. Even the president of the Water Efficiency League was not following best practices! I recognized in this tale of woe a truth that any entrepreneur of a failed startup would find familiar: if people are not buying the product, then you are not solving the right problem. And in some ways this could be the existential question for all of cooperative extension, as it sees retirements and rearrangements amid a declining budget.

We finally have tools for research that are equal to the pace of change we see in the world today, which actually makes it as fast to answer a question as to ask it in the first place.

I have come to see Arable’s role in this as twofold, namely (I) accelerating the discovery of new agronomic insights, and (II) making the instruments of research the same as the products for commercial practice. We see this as a recipe for rapidly bringing insights to full economic impact. 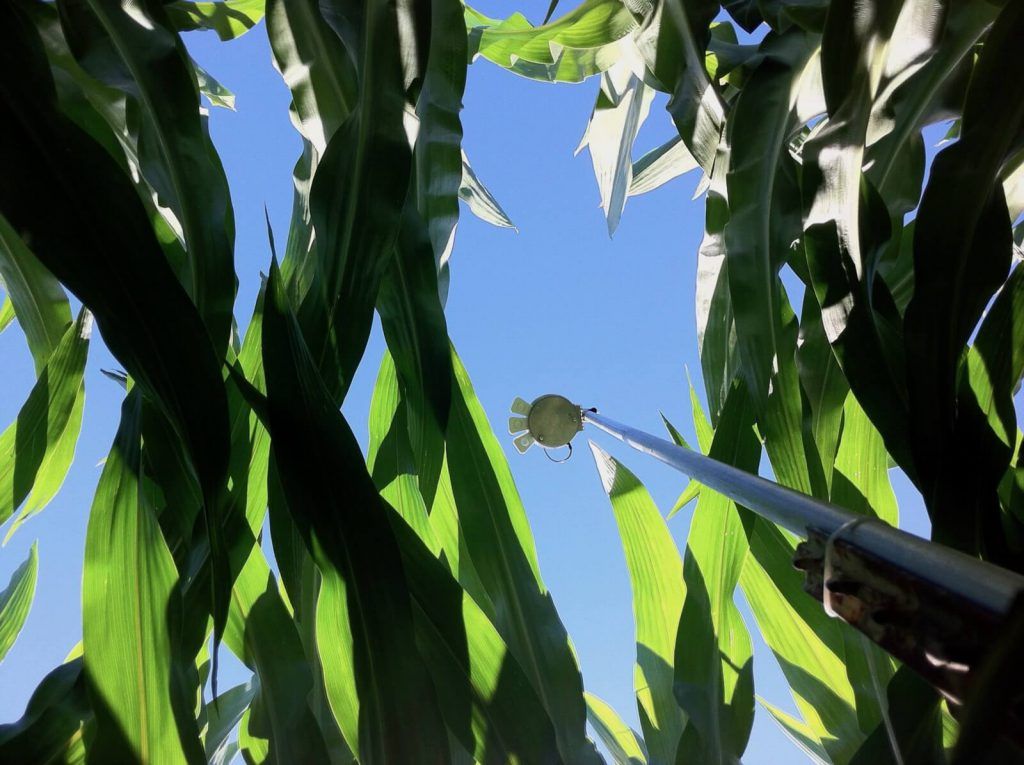 Instead of one weather station per field, we measured one crop monitor per plot to track impacts of water and nutrient deficits on maize growth and yield. Pulsepod in 2014.

Arable has a number of features focused on accelerating data-driven discovery. First, the cost. We embed about $25,000 worth of scientific equipment in a package costing just 5% of that. This allows 20x the sampling power for the same budget, expanding the number and diversity of fields brought online. This increases statistical power, the potential for discovering something you didn’t know.

Often the equipment cost is not the most important — it’s time and personnel. I can’t tell you how much time I spent learning to program and wire dataloggers, and then develop scripts to process the data, including quality control and simple file management. This was all before I even got to work with the data to develop insights, which are why we collect data at all. Arable makes our data instantly available over an API, accessing a growing array of libraries that make full use of the unique and comprehensive set of plant and weather data that only the Arable Mark collects.

There has never in history been a system for simultaneously collecting so many diverse data streams on crop responses to weather, across so many diverse soils and climates, that also makes that volume of data simple to access and use. We finally have tools for research that are equal to the pace of change we see in the world today, which actually makes it as fast to answer a question as to ask it in the first place.

II. The Instruments Scientists Use Are the Same as Tools That Farmers Use

A major stumbling block in agronomic research is the fact that the sensitive equipment that scientists use is prohibitively expensive and prohibitively annoying to install and maintain for commercial use. What this means is that researchers can make a discovery, prove it in commercial trials, and then fail to have any impact on improving grower outcomes because growers cannot access the insight in their own field.

There is a reciprocal benefit as well for collecting science-grade data in field settings: when it comes time to do research on farms, extension doesn’t need to hold out their hat to local commodity boards: they may find that they have all the data they need to answer the questions already in their fields. Imagine the power of having a research network already in place, with the varieties in common use, in the places people are growing the crop, with the practices they employ. Emergent challenges like new pests and diseases, unprecedented weather, site-specific water and nutrient management become dramatically easier to investigate and translate into new best practices when the data is already there.

By enabling an open platform, Arable strives to enhance decisions growers are already making, using tools they are already familiar with.

What is unique about Arable’s technology is that the same attention to simplicity and affordability benefits growers perhaps to a greater extent than scientists. What is essential for finding success on the farm, though, is an open platform that enables integrations with existing systems. By enabling discoveries across many crops and locales, it is inevitable that growers will be using diverse platforms that are tailored to their needs. Growers in Fresno use WiseConn, while growers in Nebraska use AgSense. Growers in Napa use AgCode, while growers in Mississippi use AgriEdge. All of these folks are using different platforms that are optimized for different critical decisions, but all of these growers make money by growing and selling plants. By enabling an open platform, Arable strives to enhance decisions growers are already making, using tools they are already familiar with. 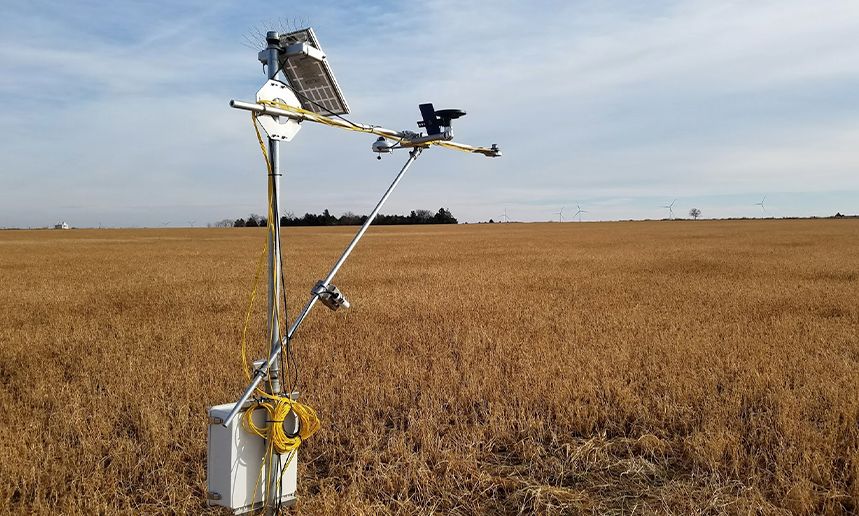 Installation of the Mark amidst other instruments at Atmospheric Radiation Measurement (ARM).

When I got my MSc degree in Agronomy at UC Davis in 2001, I was literally the last person to get such a degree because they ended the major. At the time I wondered if there was no more need for agronomic science. Did we already know everything we needed to know? Not by a mile, as it turns out. But at the time, there were real barriers to doing agronomic science at scale on the farm, not to mention delivering granular insights while they were still actionable. Heck, those barriers are only barely coming down now!

I know we’re not there yet, because the average farm’s yields are only about half as much as the best farm, and the best farm is only about 80% of potential yield. If we take the value of global agriculture as $3.4T, then we have about $1T in efficiency to generate from better agronomic science. To get there, every grower needs to make the exact right decision in every field, the entire season. And of the food that is grown, only about a third of that makes it to where it’s supposed to go, as food, fiber, and fuel. The global food industry is $4.4T. Let’s say that food loss is about another $1T of value that is destroyed by inefficiency. To solve that problem, packers, processors, and shippers need confident predictions of timing, quality, and yield to meet demand with supply at a viable price.

This future is possible. Actually, it’s here. We are accelerating discovery, and we are turning insights into recommendations. We are translating data into decisions that enable farmers to break through entrenched roadblocks and unlock new pathways to rural prosperity, from the ground up.

Adam Wolf is Founder and Chief Scientist of Arable.