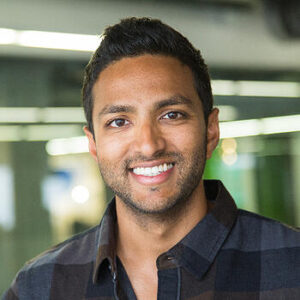 Before joining Arable, Rao worked for six years as VP of Strategy of The Climate Corporation, the digital farming business unit of Bayer Crop Science. At Climate and Bayer, Rao helped evolve FieldView from a pioneering digital agriculture startup to a global enterprise agronomic data & analytics platform. He also led engagements on global agriculture and sustainability practices with world-renowned enterprises at McKinsey & Company. Rao will use his wealth of experience in global agriculture and analytics to lead Arable’s commercial team as the company expands its reach into the agtech market.

As an experienced and strategically oriented executive in the agtech space, Rao will be joining the Arable executive team at a crucial time. The company is at an inflection point, scaling their solutions around the world with some of the largest, most innovative companies in agriculture and food. In an industry facing growing challenges around increasing productivity per acre to feed a growing population in a volatile climate, Rao’s role will be to position Arable as a keystone in achieving this goal as sustainably as possible.

“I joined Arable for a simple reason: you can only manage what you measure, and our food system lacks a simple, reliable way to measure what’s happening on our planet’s farms and fields,” said Rao. “Arable is in a position to be the industry standard for data and intelligence on the farm and through the food system, and I’m excited and honored to lead the commercial team to the next level of near-term growth and long-term sustainable success.”

Rao received his BA in Economics from Stanford University and a Masters in Public Policy from the Harvard University Kennedy School of Government.

For more information on Arable’s solutions and how the company is reshaping agriculture, visit arable.com. To see how they’re building and expanding the team, view Arable’s open positions at arable.com/jobs.