This week, activities slowed down just enough to allow us to chat with one of our first Arable users in Brazil, Dr. Lineu Rodrigues. Dr. Rodrigues is one of the world’s leading specialists in irrigation, water resources and hydrology. In November 2020, he was appointed Head of Research and Development at Embrapa Cerrados, which is one of the Units of the Brazilian Agricultural Research Corporation (Embrapa). This unit, with an area of ​​about 3,000 hectares and 340 employees — 98 of whom are researchers — has the mission of generating and making solutions via research, development and innovation possible for the sustainability of the Cerrado Biome, which represents approximately 25% of the area of Brazil. For American readers, Embrapa is a governmental agricultural research company, as is the USDA. The Embrapa Cerrados research team is composed of scientists from different areas of knowledge. Over the past 20 years, Lineu has led important regional work focusing on hydrology and irrigation, looking for alternatives to improve irrigation management and reduce water conflicts in the region. Jess Bollinger spoke with him to find out his views on La Niña and the possible impacts on agricultural production this year for grain producers, and the long-term implications for climate trends in the region.

DR. LINEU RODRIGUES: Actually, I would prefer not only to talk about the effects of La Niña, but also to emphasize the trends of impact on production arising from climate variability. When I think of the La Niña effect, I like to think of it as a severe headache, which, at the moment, is terrible, but then you take an aspirin and the next day you will be fine and you will forget. The climatic variability, mainly of the precipitations, is a reality that the farmer has to face every year. The planting of rainfed soybeans begins every year in early November. This year, those farm 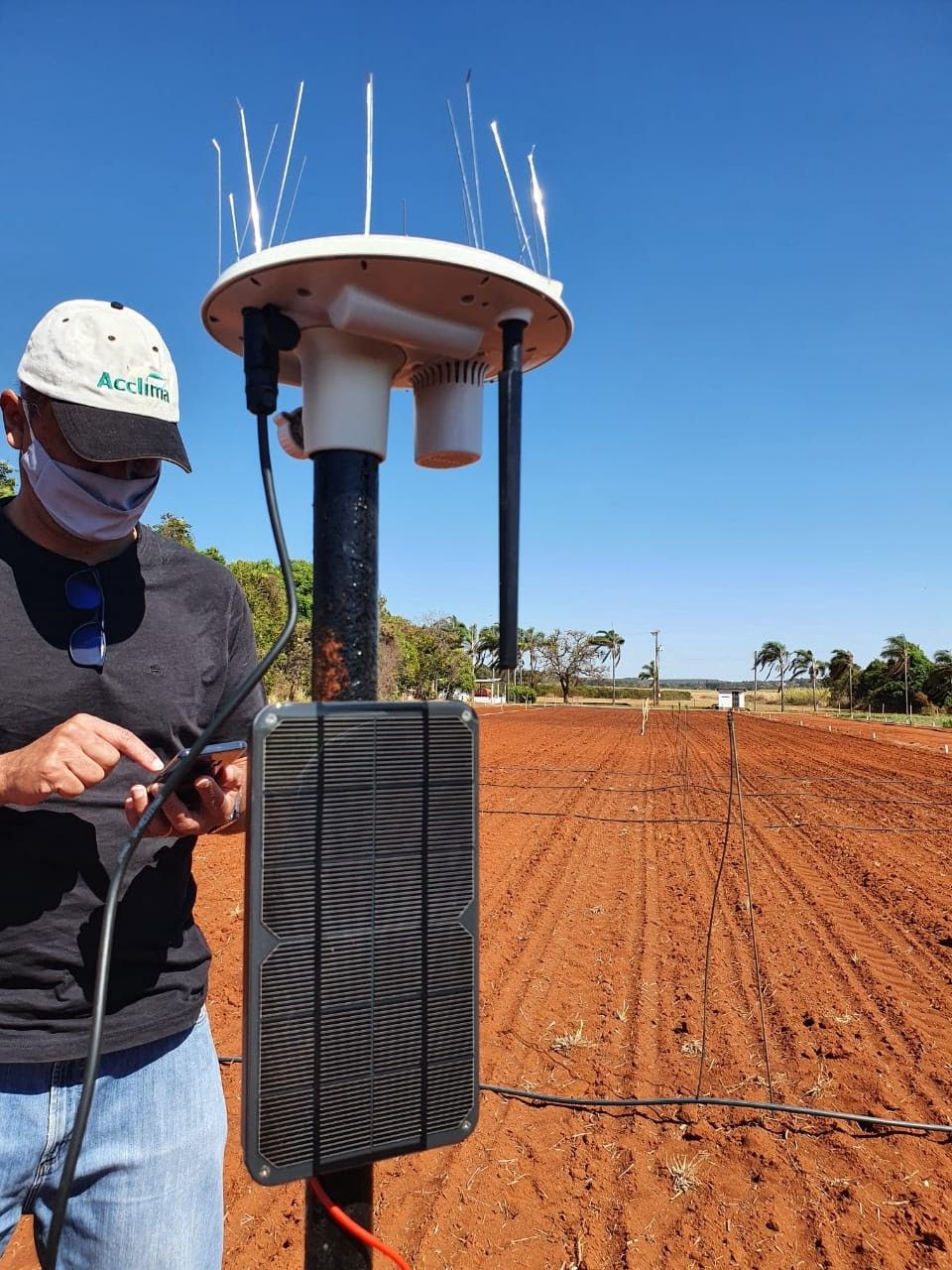 It is important to highlight that in this region it is common to experience a dry season in the month of January (summer drought), which can dramatically impact the production of rainfed crops. La Niña in Brazil tends to increase rainfall in the North and Northeast regions and to reduce it in the South. In the Cerrado region, the impact of this year was not so drastic. It is important to note, however, that what is most important for crops is not the amount of rain, but how this rain is distributed over time. For example, if producers receive 150 mm of precipitation in 2–3 days, it does not help in the final production. That is why irrigation is so important: it has the effect of minimizing climatic variability. La Niña makes people pay attention to the water problem, but when the problem happens, there is not much to do, it is important to anticipate the problems. It is important that, together with a food security policy, an irrigation policy is linked. The La Niña effect is much more drastic for rainfed producers. Brazil has only 7 million hectares of irrigated area, an area slightly larger than the irrigated area in the state of Nebraska. We need to expand the irrigated area in Brazil to better respond to climatic variability.

ARABLE LABS: You were recently promoted to a new position as Head of Research and Development for the Embrapa Cerrados. Can you tell us more about the Cerrado, why it’s important, and some of the climatic factors that impact agricultural production?

LR: The Cerrado is the most important agricultural region in Brazil. We produce, for example, about 60% of soybeans and 94% of cotton in the country. On the other hand, we face some important environmental issues, such as, for example, the increase in conflicts over water. With the technology we have, it is fully possible to produce with sustainability.

ARABLE: You mentioned your region experiences high levels of water conflict. What are the policy nuances that make this challenging to regulate, and what will happen in the future?

DR. RODRIGUES: The water resources policy is regulated by Law 9.433. Currently, very few watersheds charge for the use of water for agricultural purposes. It is important, however, to point out that the inefficiency of some irrigation systems is not associated with the fact that water is not charged. When irrigating, the farmer considers each drop of water pumped due to the cost of energy, which in Brazil is very expensive. The difficulty in charging is to establish adequate metrics for a country with the characteristics of Brazil. The trend, however, is that it is charged for the use of water in agriculture.

Water conflicts intensify in very dry years, such as this year, due to La Niña. We are starting to have consistent rains now, but southern Brazil has had more intense adverse impacts, with insufficient rains. While in the Cerrado, this will not really affect soybean production, in southern Brazil, they will face the problem more intensely because in that region rainfed agriculture predominates in soybean culture. In the Cerrado, farmers already expect this type of variation in rainfall. With pivot irrigation, producers can obtain 80–100 tons / ha. Without irrigation, the average is about 25–30 percent less, 60–75 tons / ha (if you have a really good rainy year).

If we look at all the factors of production in agriculture, the most important thing is water. In my region, the lack of water is the biggest obstacle to achieving the yield potential of crops. Every day, more farmers are concerned with irrigation efficiency. They know that they increasingly need equipment to efficiently and effectively manage the use of water for irrigation.

We are receiving an increasing number of requests from farmers asking for help to optimize irrigation and define water use. In the future, dependence on irrigation will increase and the challenges will be greater. The variability of the climate is very strong and tends to worsen. With the increase in the adoption of irrigation, production is more certain and uncertainties decrease. As we invest more in irrigation, we will need to think more about the carrying capacity of the watershed. 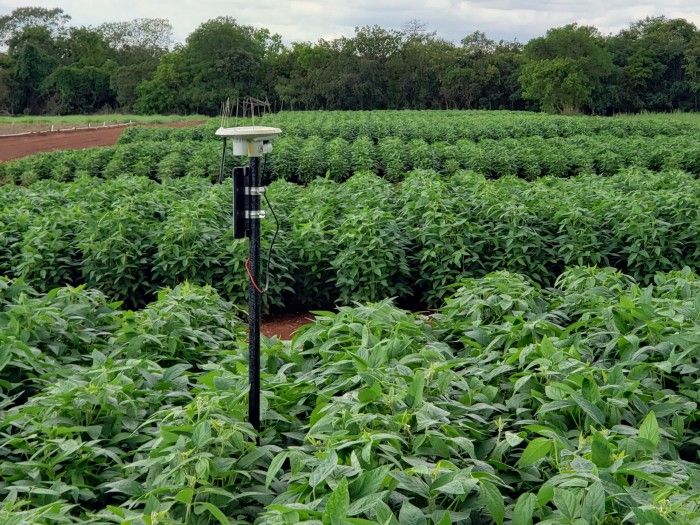 ARABLE: You work with a lot of farmers growing a variety of crops, what are the biggest, most immediate challenges we need to address?

DR. RODRIGUES: In Brazil, there are basically two main problems. We talk a lot about “Agriculture 4.0” (internet in the field, satellite and innovations, etc.), but we need to draw attention to the first problem faced by farmers and that is the amount of regulations that exist. Our legislation is so strict that it makes it almost impossible for farmers to complete regulatory approvals to comply with the law. There is a thought, wrong in my opinion, that the more you regulate, the more you protect the environment. There is a lot of bureaucracy for farmers, which leads the farmer to illegality and inefficiency. When I lived in Nebraska, I bought a car, and my biggest surprise was how easy it was to get the car. In Brazil, I would have to go to several places to do the same thing. We need to create a better system for farmers to be able to comply with legal regulations. Illegal farmers are inefficient farmers. The second challenge is technology. I’ve been using Arable Mark 2, and it’s great technology, but we need to find a way to be more efficient in transferring technology to farmers so they can use it more effectively. Through Embrapa research, we are excited about the internet, satellites, precision agriculture, but it is essential that all this development is available to the farmer in a way that he can use. That’s what I liked most about Arable: simplicity. Sometimes we present a lot of unnecessary information to the producer. The producer needs simplicity and direct answers. For example, when defining when to irrigate, instead of showing graphs, we can present the information as if it were a traffic light: red (irrigate), yellow (near irrigation), green (do not irrigate). The key to success in the field is to simplify, without losing quality.

Jess Bollinger is the VP of Strategy and Pedro Barbieri is Brazil Operations Manager at Arable.